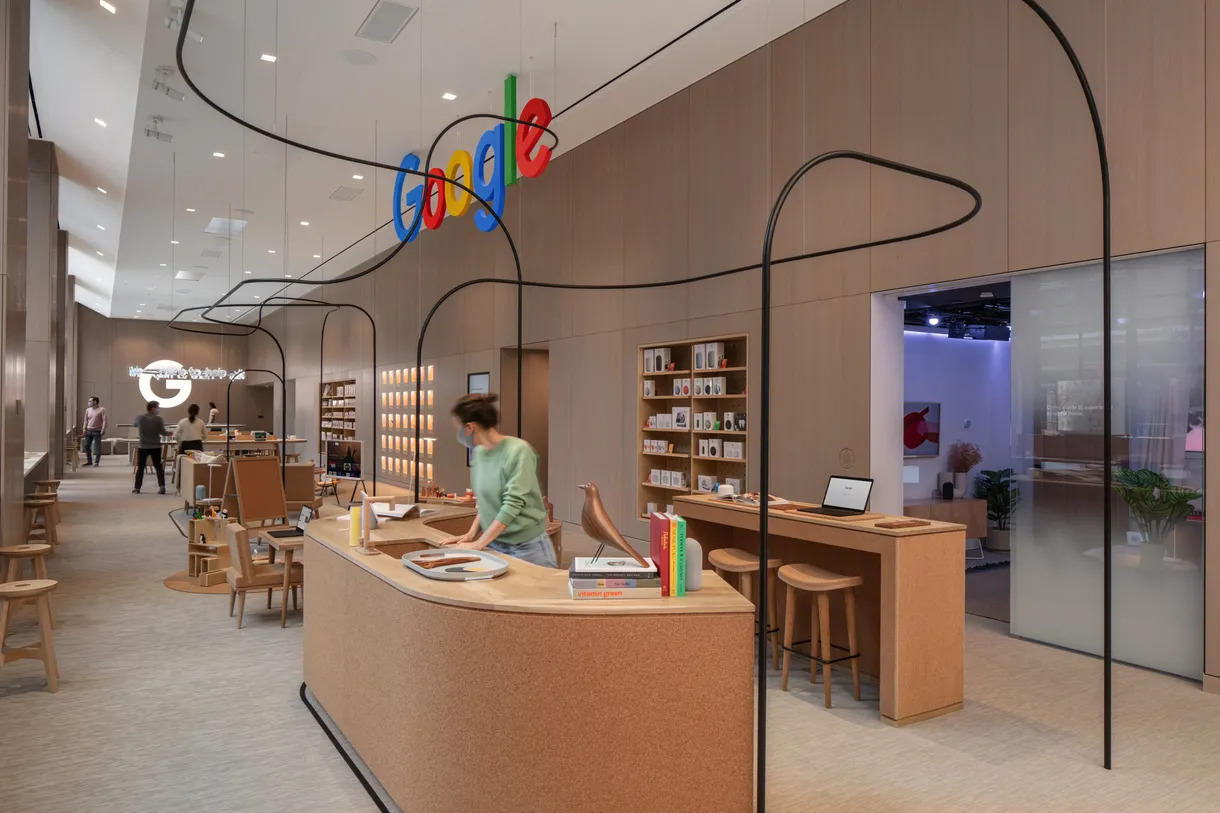 Google store. Physical, not virtual. As surprising as that sounds, Google opened its 1st  Brick and Mortar store in NYC, on 17th June 2021.
The biggest internet giant who has contributed immensely to the world of online retail, has finally decided to step into the parallel world of offline retail.

The store is featuring Google’s own hardware products, including Pixel phones, Nest smarthome gadgets, Fitbits, and assorted other devices. There will also be a selection of third party accessories and Google-branded swag like hats or T-shirts.

Impact on brick and mortar retail?

After acquiring and expanding their online presence for 22 years, Google finally opens a brick and mortar store. Ivy Ross, Google’s VP said “This space is designed to be a physical expression of what Google stands for”. Google store’s aesthetics carry the natural tone to it, as against the other tech stores like Apple and Tesla with futuristic aesthetics.

“Our philosophy is that technology must fit into our lives, not stand out. We want this space to feel human because we believe that technology is a tool to amplify our possibilities as humans.” - Ivy Ross, Google’s VP

Google has not announced that they are going to open a fleet of physical stores. But the constant trials by tech companies like Microsoft, Amazon, Apple and now Google to enter the offline retail market suggests that physical stores have potential to tap an audience that is not available online. This can be taken as the reiteration of the importance of physical presence of a store.

Also Read: Omnichannel retail is your best shot. Here is why!

From the looks of it, Google wants to humanize their tech offerings to relate to a wider audience base. The much vaunted benefit of instore shopping, ‘the physical experience’ has certainly been dealt with by Google, in a mesmerizing way.

In conclusion, online & offline retail are both equally relevant in today’s retail space. Ignoring any one, will cost you lost opportunities. With the correct sense of infrastructure, your store can say anything that you want it to convey. Online and Offline are both equally driving the future of retail.

Take your retail to the next level.

With our next gen cloud retail solution.